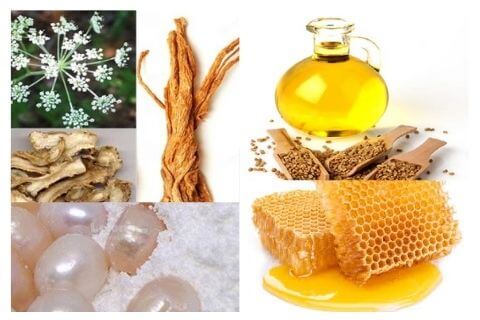 With the widespread demand for Clean Beauty in the United States, more and more skincare companies are turning to lend ingredients from the affluent stock of Chinese Herbology and Traditional Medicine. Coursing through 2,500 years of ancient studies and findings, the core principle of Traditional Chinese Medicine is that it considers the body as an organic whole. And whether you are treating a disorder or promoting wellbeing, it always goes by the root of the cause. Here are some of the commonest herbs and natural ingredients identified under TCM, that modern skincare brands are widely using in the US, and all over the world.

Angelicae sinensis Radix, known as "Dang-Gui" has anti-inflammatory and analgesic pharmacological effect, which makes it quite a multipurpose ingredient, that has a broad usage in organic skincare, be it organic anti-aging cream or pain relievers. There are more than 55 other species of Angelica, which is a perennial herb belonging to the Apiaceae family. The Angelicae sinensis, may be used as an active ingredient for muscle ointment or cream products. It’s anti-coagulant effects help promote blood flow. The formulation requires extreme care, since it may cause adverse effects with disproportionate mixology. Also, the topical application is much safer than oral supplements.

The primarily used of sesame oil is as a cooking and salad oil and it is an important flavor in Asian food. Sesame oil is made by pressing the roasted seeds. Based on traditional Chinese medicine, the usage of sesame oil are removes toxicity, promotes tissue regeneration, moistens dryness, help treat sores and boils, tinea, scabies, ulcerations, chapped skin, premature graying of the hair and beard and loss of hair after a serious disease. That’s why sesame oil becomes popular as ingredient in cosmetics and personal care products.

The Beeswax Skin Cream is literally everywhere! So, it is hard to hold it under the Traditional confinements of Chinese Medicine. But the usage of Beeswax - termed as Propolis or Fēnɡ Jiāo, is widely mentioned in the ancient doctrines of TCM, which was used as heat treatment for treating various skin ailments. Today it is among the commonest ingredients for Skin Care and Cosmetics used for making lip balms, moisturizing skin creams, salves, eyeshadow, and hair creams among others.

The active ingredient in many natural anti-aging creams, real pearl extracts work as a detoxifier and anti-inflammatory agent that promotes wound healing and can kill bacteria and skin toxins. It contains collagen-producing amino acids, high levels of calcium, and more than 30 trace minerals. So, when you look at an urban lifestyle and environmental pollution causing extensive damage to the skin and deteriorating the skin elasticity due to increased stress, your skin would to retain its moisture with a heavy protective cream that heals. It could be beneficial to improve the health of the skin when you have Pearl Powder in your face mask, or finishing powder, or as a complimentary ointment that can be paired with a moisturizer or skin cream. One should not use Pearl Powder as a standalone ingredient.